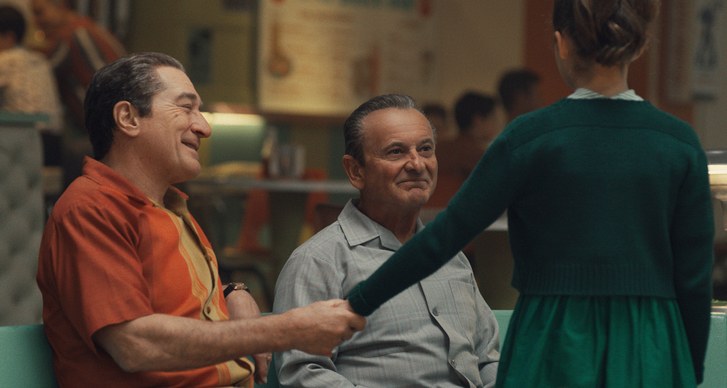 Having reached the end of the year (read: Decade), I’m finally going to address my problems with the Irishman.

The fact it’s being named to so many best-of lists and nominated for so many awards reveals a real lack of imagination and, IMO, highlights why its so hard to shake off centuries of patriarchy.

The movie is fine. The movie is enjoyable. It’s good to see Pacino and DeNiro and Scorsese working together. It’s GREAT to see Pesci back. But in my opinion it’s nowhere close to their best work. For any of them.

Here is a partial list of Scorsese movies I think are better than The Irishman:

That’s twelve (mostly) iconic films. To say that The Irishman is not as good is not to say it’s terrible. It just means that I have a hard time considering it’s one of the year’s best films.

I found the movie much longer than it needed to be, and lacking anything new to say. I found Silence much more interesting and compelling. Maybe that movie wasn’t for everyone, but it certainly was something new from Scorsese.

But here’s what really really gets me about The Irishman. The women are just ornaments. All the time is spent on fleshing out the main male characters and the women are props. Maybe their presence is meant to say something about these men, or the times they lived in, but none of them are fully realized characters.

And that’s even though ostensibly we are meant to see at least part of the story through the daughter’s eyes. Anna Paquin literally has 7 lines in the whole movie!!!! WTF!!!!

I have an idea: Why not make her an actual person? If you want to show the affect that a criminal lifestyle will have on the family members, why not make those characters actual three dimensional people? This kind of storytelling is just lazy and demeaning.

If Martin Scorsese wants to tell a story about some historical figures and they all happen to be male, okay, fine. Just do something interesting and original. Or don’t. Whatever. It’s his movie.

That is what I will remember the Irishman for. #misogyny