Drawing from the artistic unrest that was occurring throughout America and Europe in the late 80s and early 90s, the Panders were able to capture the attitude and aesthetic of the Generation-X movement that was fed up with Reaganomics and Wall Street.

If it sounds like a story ripped out of today’s headlines, it very well could be. Considered ahead of their time in the early nineties, the vision of the future that the Panders forecast more than 20 years ago has become all too familiar in today’s world of Edward Snowden and the occupy movement.

2017 marks the 20th anniversary of the graphic novel edition of the Dissident, and the Panders are launching a Kickstarter campaign to rerelease it in full color, as it was originally intended. I urge all of you to check it out. It truly is a comic that’s not just for comics fans. 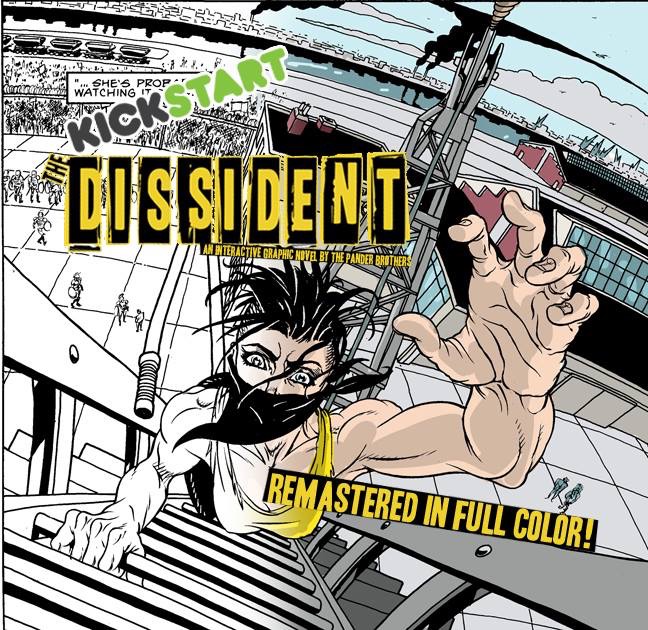