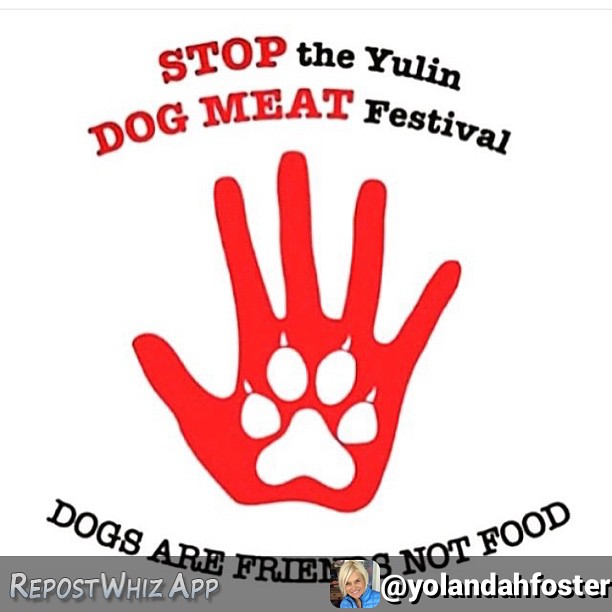 There has been widespread attention brought to the annual dog meat festival in Yulin, China, thanks in large part to celebrities like Ricky Gervais. Personally, all the #stopyulin hashtags and posts are doing more to make me angry than to motivate me. Here’s why:

Raising awareness among your American followers on social media (or European, or South American, or Thai) will have minimal impact on a festival in Yulin, China. It’s no different than the dolphin killing in Japan. The only public pressure that’s going to matter is taking place in China. (And according to the reports I’ve read, there has been a growing amount of public attention in China, thanks to Chinese animal activists and celebrities).

Why all this attention for one dog festival in China, when the food industry around the world routinely tortures, slaughters, and consumes far more animals than any dog festival. Why should we concern ourselves so much with a few dogs, when millions of cows, chickens, pigs, etc. are suffering IMMENSELY so that you can enjoy a meat-based diet?

If you want to help alleviate the suffering of animals, if you want to have a meaningful and direct impact on this issue, rather than just assuage your conscience with a couple posts expressing your outrage, then stop eating meat, of any kind. Even better, become vegan.

Animals are animals, and flesh is flesh. If you love your cat or dog, and you couldn’t stand to think of him/her suffering, afford the same consideration to all animals. This is something you can do, starting right now.

One more thing. A lot of the news stories, though not all, are spreading different estimates of how many of those dogs (of the 10,000 annual victims) are abducted pets. I’ve seen some people posting that all 10,000 are stolen from dog owners. This simply isn’t the case. I lived in China for 14 years. The vast majority of dog owners have pure-bread dogs. Anyone who stole a dog would make far more money selling it as a pet than selling it for food. Dog thefts definitely happen, but most dog meat that is consumed will come from farm dogs raised specifically for meat.

I’m not saying it doesn’t happen, and I’m in no position to determine how many pets are abducted and then eaten, but I do know there are real economic incentives against what these posts are claiming.

I know it is much easier to share a post, express your outrage about a distant indignity, and move on with your life than it is to change your own behavior. But these posts and reposts do nothing. Be an agent of change. Help stop animal suffering.