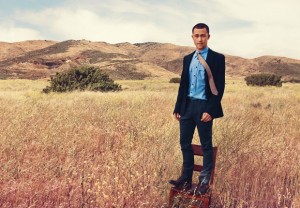 To celebrate the end of Inception Week*, here is a handy viewer’s guide for understanding the movie Inception.

Inception is nice enough to look at; the DP is Wally Pfister, who frequently collaborates with Nolan, and he makes those Parisian streets, in particular, look very pretty and bright. But the deeper you get into the movie, the more its polished visual surface feels like a deception. Nearly every moment in Inception is so big, so fattened-up, that nothing has any weight; because every little thing is of the gravest importance, there’s nothing at stake. Nolan keeps the story whirring, all right — he’s the man behind the curtain, feverishly pushing levers and operating dials. He uses his figurative bullhorn to ask allegedly deep questions, like “What’s real, and what’s illusion?” (He’s the Doug Henning of filmmakers.) But although Inception gives the appearance of being a work of intelligence and complexity, it’s really just an ungodly tangle. There’s no elegance in Nolan’s vision, only sweat. He’s the dream architect who thinks he’s doing us a favor by giving us a shag rug.

Other things to watch out for:

2. Don’t pay close attention to the exposition dialogue, which explains the rules of dreaming, extraction, and inception. They will only confuse you, and do not in any way serve the meaningful plot points or themes. Unfortunately, by my count, this dialogue makes up about 70% of the movie.

Or, courtesy of Kirk Hamilton, at Kotaku:

I found Inception’s script to be an overwhelming stream of unfettered information, the likes of which would be inexcusable in a modern-day video game. For the entire run of the film, characters do nothing but deliberately, forcefully explain and expound upon the ever-more-complex rules and systems that Nolan has designed, leaving the audience no room to actually internalise any of it. Forget about fleshing out characters, establishing the plot and making the audience care about what’s happening onscreen – Nolan seems far more interested in giving us a harried, unending crash-course in metaphysical dream navigation, usually delivered on-the-fly and always accompanied by Hans Zimmer’s relentlessly driving musical score.

It’s both exhausting and oddly adolescent. I’d be willing to bet that mining the script for data would reveal around 95 per cent [I was obviously being generous in my 70% estimate] of the film’s dialogue to be exposition. It’s no wonder that even though it runs for nearly two and a half hours, we never get to know any of the supporting characters – no one has time for that! There’s far too much to explain!

3. Make sure to read the credits, which will inform you that Cobb’s children are played by two sets of actors. You will be able to use this little tidbit to argue either that the ending was obviously not a dream, because the kids are played by a new set of actors, or that whoever made the previous argument is an idiot, because the second set of actors are the voice actors who played Cobb’s children on the phone. Either way, you win.

Okay, I’m bored with Inception, so I’m finished with this post. Let me just set down my spinning top and see if it’s still spinning, or if it’s about to…

Please Note: This post was written by Tyler Durden

*Inception Week is not an actual holiday, but more of a state of mind. It’s kind of like a Buddhist level of consciousness. If Inception Week were a person, he would be named Tyler Durden.

I prefer not to think of all the misery but of all the beauty that still remains. -Anne Frank