Today, we’re featuring a story from Australian author Barry O’Farrell. It is a 500-word piece written in response to the tragic murders in South Carolina last week. Feel free to discuss in the comments section. 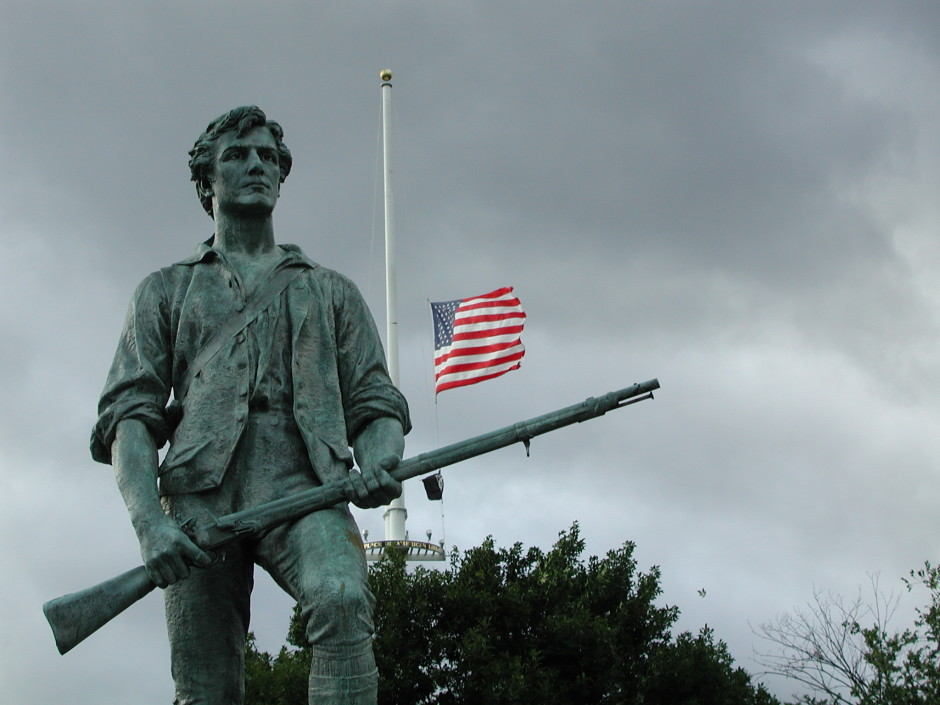 In the early 21st century the USA conducted a second Noble Experiment, the first being 1920’s Prohibition in the USA which was often referred to as The Noble Experiment.

Now on a state-by-state basis, the USA was partitioned the into two halves: Zoned For Guns (ZFG) and No Gun Zone (NGZ).

ZFG was governed with laws to protect the right of gun ownership in all legal matters.

NGZ was governed with laws which put the right of the human being first, to the detriment of any gun, in all legal matters.

For the people who registered to live in the ZFG, it became a crime to not have in their residence, or vehicle, or within arm’s reach at all times, a firearm. This crime was punishable by jail, a fine, or both. The worst offenders faced forced relocation to the NGZ.

For the people who registered to live in the NGZ, it became a crime to possess, sell, buy or trade guns. The punishment was jail, a fine, or both. The worst offenders faced forced relocation to the ZFG.

There were mass voluntary relocations into each side of the Great Partition. This was helped to a large degree by families swapping equivalent houses.

The forced relocations were another matter. Fortunately the Partition Police Force had been established very early in the piece and was well trained for any contingency. This is a measure of how deeply passions ran on both sides.

Unfortunately there were the ‘stay puts’ who could not be persuaded to take part in the Great Partition voluntarily. The media played up the dramatic scenes of their forced relocations which only inflamed passions on both sides.

The National Rifle Association (NRA) remained vocal during the time of the Great Partition, gloating over what they saw as a victory in principle for their philosophy.

After the Great Partition had been established, things did not settle down to the peaceful outcome expected.

The NRA took an aggressive stance, advertising heavily on the NGZ side for people to join the ZFG side. The NGZ retaliated with a similar campaign which included a cash incentive for anyone who would move to NGZ for at least 12 months which led to what was described in the media as the Mercenaries; people for whom the cash overrode their moral compass, and defected to the NGZ, only to counter productively move back to ZFG after 12 months.

The NRA also lobbied expensively for the NGZ to modify their laws or adopt compromises closer to the ZFG stance.

The NRA then moved to the next stage, “Reunification;” the campaign for all or nothing.

Barry is an actor living in Brisbane, Australia. Barry’s other stories have appeared in Cyclamens & Swords, 50 Word Stories, and of course here at A Story in 100 Words.